On Saturday December 9, 2017 at 7pm a Mass was held in the Parish in the City of Marcona. After the ceremony, and as a preparation for the feast of Our Lady of Guadalupe and Consecration that was to be held the next day, the Mission projected the film “1531” to the faithful in the parish.
On Sunday December 10 at 10am, the Mass in Honor of Our Lady of Guadalupe was held before many faithful. During the mass, the Parish Priest Marco Antonio Navarro, renewed the Consecration of the Parish Territory of San Juan de Marcona to the Tow Hearts. Afterwards, the Alderwoman Ms. Leticia Ramirez Rodriguez in representation of the Mayor Mr. Ivan Torres Obando, renewed the consecration of the City of Marcona with the Mission´s formula.
In this festive mood, and before the end of the celebration, Father Marco Antonio Navarro renewed the Enthronement of the Relic Image of Our Lady of Guadalupe that was enthroned years before.
After the ceremony and after a the procession that took place in the church with a bulk Image of Our Lady of Guadalupe, all the faithful praised and thanked the Lord while sharing a meal. 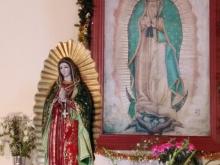 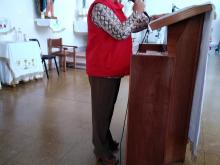 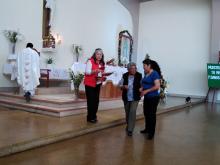 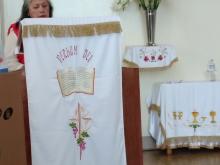 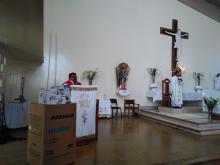 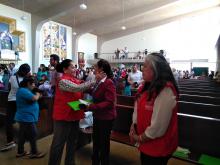 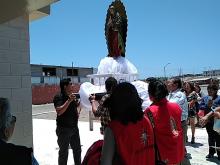