PROCESSION OF THE LORD OF JUSTICE

THE PROCESSION OF THE LORD OF JUSTICE, patron of the Parish of San Sebastian, and a religious landmark in the devotion of the Pichinchanos and Ecuadorians since 1568, whose image is located in the Historic Center of the capital, took place this last Sunday, March 11, 2018.
At 11:00, the centenary figure of the Lord of Justice rested in the San Sebastián sanctuary located between Antonio Borrero and Loja streets.  The tour culminated at 13:20 with the arrival of the figure to his sanctuary.
From Friday, March 9, the WALKS began, in honor of the Lord of Justice from 8:00 pm on foot, arriving at 4 am to the Shrine, from the Parish Churches of Tambillo, Sangolquí and the Chapel of San Antonio de la Libertad in Chillogallo. And on Saturday, March 10, likewise during the night, from the Parish Church of Calderón.
On March 10 at 12:00 p.m., THE MISSION FOR THE LOVE OF GOD WORLDWIDE, served as Prioste that day, for the Eucharistic celebration of that hour.
On March 11, in the early hours of the morning, the emblematic Eucharist in honor of its patron was held, starting at 09:00. It was Monsignor Fausto Trávez, Archbishop of Quito, who presided over the mass. He explained that this procession is a tradition that was resumed just four years ago (although the Lord of Justice arrived in the country in the sixteenth century) "to enhance the faith of the people of Quito."
After 11:15, the Provincial Council Symphony Orchestra gave way to the celebration, singing the traditional El Chulla Quiteño parade. Thus, eleven representatives of the Armed Forces of Ecuador raised the Lord of Justice. Seeing the image and those who respectfully prepared to carry it on their shoulders, aroused excitement in hundreds of parishioners who were crying of joy.
The journey began with the leadership of the main control and security entities of the country: the National Police, the Metropolitan Police, the Armed Forces of Ecuador and the Quito Fire Department. Members of each institution took turns to carry the figure, who toured Loja, Venezuela, Carchi and García Moreno streets.
Thousands of capitalists and tourists joined to accompany the procession. "Courage brothers, justice exists and comes back!" A parishioner enunciated in front of more than 4,000 attendees.
Many testimonies are on engraved plaques of gratitude for the Lord of Justice, who has been attributed a large number of miracles, such as the healing of cancer of a young member of the Brotherhood of Cucuruchos de Quito. That is why he is also known as the 'Lord of Impossible Cases'. 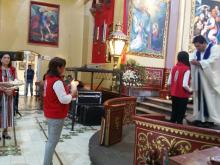 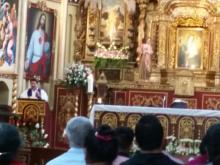 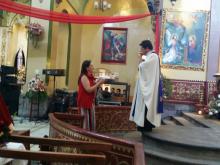 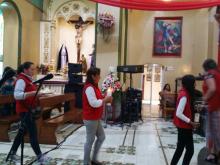 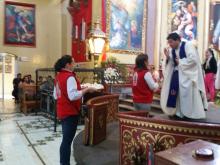 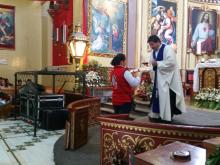 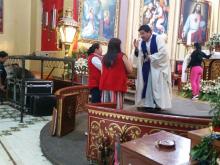 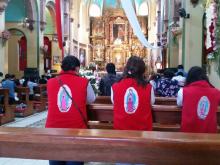 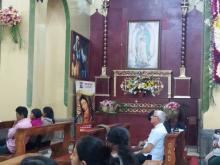 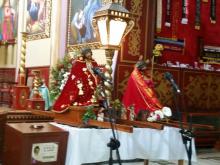 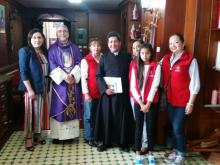 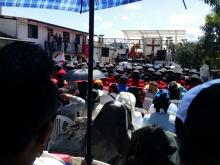 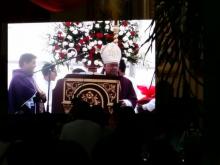 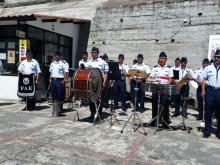 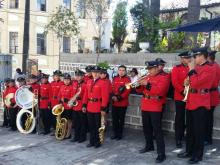 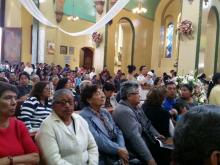 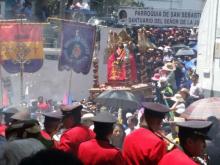 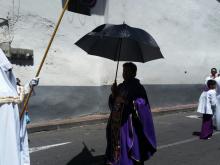 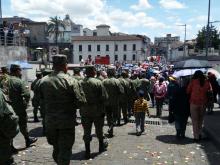 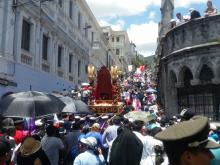 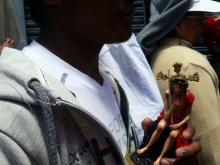 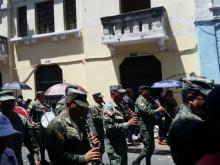 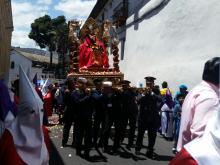 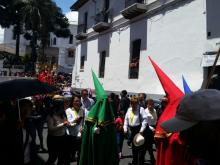